In 2019, Ono Academic College, an institute of higher education at the forefront of the promotion of multiculturalism, opened the world’s first International Center for the Study of Ethiopian Jewry. 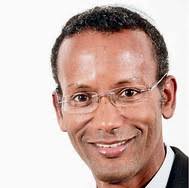 The center was founded by Rabbi Dr. Sharon Shalom, a popular Ethiopian-Israeli community leader, renowned scholar, and well-published author. Housed at the College’s Kiryat Ono campus, the center documents, researches, and explores the heritage and culture of Ethiopian Jewry, mapping the organic development of a unique branch of Judaism that is interwoven into the fabric of Ethiopian culture and has become an integral part of Israeli culture.

The Ethiopian Jewish community represents a unique and under-explored voice in the spectrum of Jewish identities. As the world’s only “living repository” of pre-Talmudic Jewish life, with traditions dating back to the giving of the Torah at Mount Sinai, the “Beta Israel” (the term Ethiopian Jews have traditionally used to refer to themselves) also lay claim to one of the most fascinating, tumultuous, and often distressing chapters in modern Jewish history. While the mass immigration of Ethiopian Jews to Israel was nothing short of miraculous, the experiences that followed, including the erasure of their culture and way of life as they embraced modern Jewishness, stand as a case study of pain and perseverance, racism and resilience, and sheds light on the shortcomings of an otherwise triumphant period of the ingathering of global Jewish communities in Israel.

Forced conversions and doubt expressed about their Judaism led an entire generation of Ethiopian Jews to adopt foreign traditions and muddle their identities for the sake of being accepted as Israeli. As such, Ethiopian-Israelis continue to grapple with understanding who they are, and Israeli society is poorer for discounting the potentially significant contributions of Rabbinic Jewish culture.

Rabbi Dr. Sharon Shalom endeavors to use new disciplinary research tools specifically relevant to Ethiopian Jewry to understand their tradition as they understand it themselves and discern what it can contribute to Israel. This research connects Ethiopian-Israelis, including many students at Ono Academic College, with who they once were in order to determine how their cultural identities will develop moving forward, as well as create a multicultural exchange where everyone can explore an entirely new approach to Jewishness.

Otherwise stated, the center seeks to restore what was lost in translation to Israeliness to a new, more inclusive Israeliness.

Through the center’s leadership, the 7 Kessim have been studying in Academic programs at Ono and will lead sessions in Ono’s Beit Midrash, reflecting the traditional Jewish value of “to learn and to teach.”  In addition to endowing the world with their unique Ethiopian approach to Torah, the Kessim will also simultaneously develop the leadership tools that will enable them to become effective spiritual leaders and earn academic accreditation.

The center has produced study curricula on the topic of Ethiopian Jewry (History, Zionism, Religion and Culture) for Jewish schools in North America in partnership with “Derech Kfar” and Brandeis University in Waltham, MA. In time, the center’s research will be integrated into curricula and enrichment programs for the Israeli educational system and the wider public.

The center has also organized social and community programs that encourage students from the Ethiopian community to explore their origins and deepen their identity, as well as facilitate dialogue and joint research with other institutions that are involved in the study of other communities. In this vein, the center has researched Ethiopian Jewry heritage while addressing the conflicts that arise from second-generation Ethiopians now living in Israel.

With its many initiatives working in tandem to expand academic and community ties with the Ethiopian community, the center serves as a multicultural and multidisciplinary hub for the promotion of Ethiopian heritage in schools, museums, community centers, and other learning environments throughout Israel and around the globe. 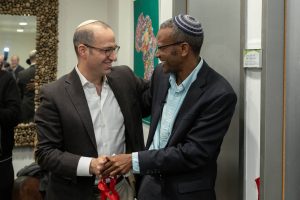 The Gewurz Family of Montreal, Canada, is proud to support Rabbi Dr. Sharon Shalom in the establishment of The International Center for Ethiopian Jewish Heritage Study and Research at Ono Academic College.

News About the Center