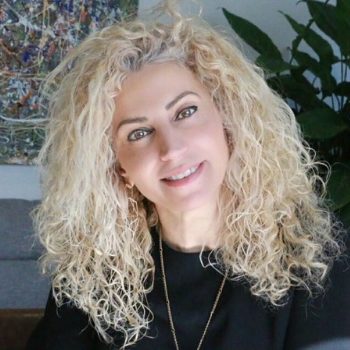 Role: CEO and owner of the BBB Hamburger Corporation

Ahuva Turgeman is the CEO and owner of the BBB Hamburger Corporation, which also includes the “Moses” and “Burgerim” chains, some of the most popular fast food restaurants. The chain has more than 100 branches and 4,000 employees, and is valued at NIS 180-200 million, with a turnover of hundreds of millions of shekels a year. Born to new immigrants from Marrakesh, Morocco, Turgeman, Turgeman started her restaurant career working as the morning shift manager at the Yotvata restaurant chain soon progressed to the position of branch manager, and after three years, she was appointed Purchasing Manager, then VP and finally CEO of the chain. In 2002, Turgeman left Yotvata in the city. In 2005, she decided to open a cafe near her home and in 2008, she was appointed CEO of the BBB chain and after about a year became a shareholder in the company. Since the beginning of the Corona epidemic in Israel, Turgeman has been associated with the struggle of restaurateurs and has been working to increase emergency grants to those in the field. Turgeman, holds a Bachelor’s Degree in Business Administration and Marketing from Ono Academic College.