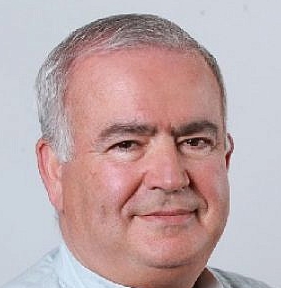 Dean of the Jonathan Wohl School of Music

Prof. Yehuda Sommer Cohen is the Dean of the Jonathan Wohl School of Music at Ono Academic College.  He is a conductor, arranger and founder of musical educational systems.

For the past 40 years, Prof. Sommer Cohen has worked establishing and managing musical institutions, from conservatories to academic systems. At the beginning of his career, Sommer Cohen established and managed the conservatory in Yehud and Or Akiva, and managed “Meitar” in Ganei Tikva. Some of the best composers in the world participated in his musical productions including: Michel Legrand, Sir Harrison Birtwistle, Marcel Landowski, Einojuhani Rautavaara, and many other important jazz luminaries.

In 1991, Sommer Cohen founded the Hed College of Music an institution that received the recognition from Israel’s Council of Higher Education as a body that may train undergraduates in music.  The school also included sound recording, Jewish and Arabic music divisions

In 1990, Prof. Sommer Cohen formed the “Hed Big Band” – a professional jazz orchestra, for which he served as musical director and its permanent conductor. The orchestra performed in the United States and South America, had a series of performances at its home club in Tel Aviv, and performed  at hundreds of shows around the country. The orchestra conducted by Yehuda Cohen has taken part in various music festivals around Israel. With the orchestra, Yehuda recorded 5 albums of jazz and musical theatre music.

At Ono Academic College, in addition to being Dean and Director of the School of Music, Dr. Sommer Cohen also serves as a lecturer in courses: Developing Rhythmic Hearing, Duke Ellington Music, The Establishment and Management of an Orchestra and The Final Project. Sommer Cohen continues to conduct the renamed “Ono Big Band” at its performances at concerts, festivals and clubs around the country.

In 2020, Dr. Sommer Cohen was awarded the rank of Professor for his extensive activities in the building, establishment and management of musical education systems.

Developing Rhythmic Hearing, Duke Ellington Music, The Establishment and Management of an Orchestra and The Final Project