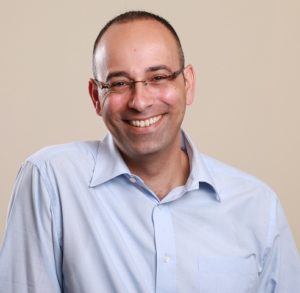 Prof. Yaron Zelekha is currently the Director of Accountancy Studies at Ono Academic College. Over the past two decades he has held other positions at Ono, including President of the Higher Academic Council, Dean of the Faculty of Business Administration and Academic Director of the MBA Degree Program. He earned his Ph.D. in Macro-economics at Bar-Ilan University. He is a prominent economist and accountant with extensive experience in academic teaching, in the business sector and in the public sector.

Prof. Zelekha has held a wide range of important positions in Israel, contributing greatly to the establishment of many of Israel’s infrastructural firms. From 2003 – 2007 Prof. Zelekha completed a full term as the Accountant General of the State of Israel. Prior to this Prof. Zelekha was the Senior VP and CFO of Derech Eretz Highways, Israel’s first toll highway, during the critical years of its establishment. He was VP and CFO of Tevel Telecom in Israel’s first years of cable TV entering the telecommunication market, and Head of Strategy and Business Planning at Partner Orange Telecommunications in the early years of cellular communication. While Benjamin Netanyahu was Prime Minister in 1996-1998, Prof. Zelekha served as his Director of the Economic Staff.

Prof. Zelekha has published more than 40 articles in academic and professional journals worldwide. Before his term as Accountant General, he was chairman of the Board of Directors of M.I. Holdings and of Inbal Insurance and served on the Board of Directors of the Eilat Corp and The National Refineries. He also served as a Member of the Banks Commissioner Advisory Board, on the Banks Competition Committee as Chairman, Credit Card Competition Committee as Chairman, The Economic Organization’s Coordination Board as a Member of the Macro Economic Committee, The Israeli Airlines Privatization Committee as Coordinator, The Israeli E-Gov Committee and many other public committees.