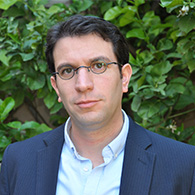 Zicherman’s dissertation deals with the state’s obligations to the victims of multi-dimensional government appropriation. In 2015, his work was awarded the Cheshin Prize for Academic Excellence for and outstanding doctoral dissertation.

"Modern Haredi: An ultra-Orthodox middle class in Israel", The Israeli Democracy Institute, (2012)
Black, Blue and White: A Journey Into Haredi Society in Israel, Yedioth Books (2014) This book is being translated into English for its 2019 edition.
Impact of media involvement on the sentencing of famous defendants, Defense Counsel 175 (2011)
Outline for Drafting Haredi Soldiers into the IDF (together with Prof. Yedidia Stern), The Israeli Democracy Institute (2013)
Investigative Committee, Correctional Committee, Restorative Committee, Sefer Matza (together with Prof. Yedidia Stern) (2015)
"Getting into Work for Getting Work" (together with Doron Cohen, Dr. Gilad Angel and Asaf Malhi), The Israeli Democracy Institute in collaboration with the National Council of Economics (2015)
Israeli Haredim in Three Systems, Democratic Culture 17 (2017) • One Trial You Will Have: The Triple Confrontation of Haredi Society with the Judiciary, Law, Society and Culture (to be published in 2018)
The sensitive seam of Israeli society, the book of Arbel (together with Prof. Yedidia Stern) (to be published in 2019)
Failure of Group Representation in the High Court (Submitted for Publication, 2019)
And the Land Gives Humans: On Land Marketing to the Haredi Population (Submitted, 2019)
The IDF and the Ultra-Orthodox, IDI, 2014
A Master Plan for Ultra-Orthodox Employment in Israel, IDI, 2016